The main idea of applying immunological inspirations to speeding up the process of selection in EMAS is based on the assumption that ‘bad’ phenotypes come from ‘bad’ genotypes. Immune-inspired approaches were applied to many problems, such as classification or optimisation. The most frequently used algorithms of clonal and negative selection correspond to their origin and are used in a variety of applications.

The general structure of immunological EMAS (iEMAS) is shown in figure below. A new group of agents (acting as lymphocyte T-cells) is introduced. They are responsible for recognising and removing agents with genotypes similar to the genotype patterns of these lymphocytes. Another approach may introduce specific penalty applied by T-cells for recognised agents (certain amount of the agent’s energy is removed) instead of removing them from the system. Of course there must exist some predefined affinity (lymphocyte-agent matching) function which may be based, e.g. on the percentage difference between corresponding genes. 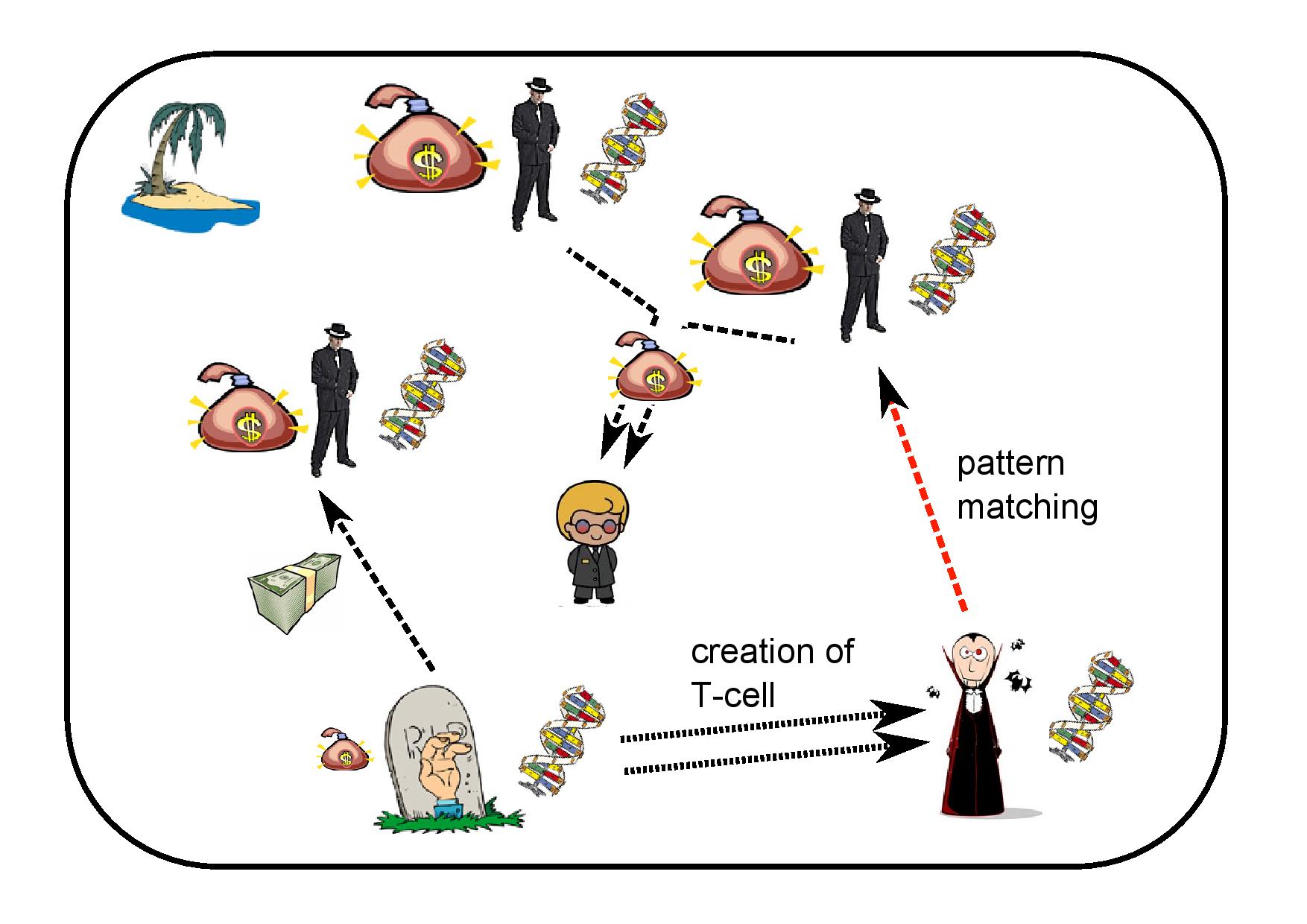 Agents-lymphocytes are created in the system after the action of death. The late agent genotype is transformed into lymphocyte patterns by means of mutation operator, and the newly created lymphocyte (or group of lymphocytes) is introduced into the system. In both cases, new lymphocytes must undergo the process of negative selection. In a specific period of time, the affinity of immature lymphocyte patterns with ‘good’ agents (possessing relatively high amount of energy) is tested. If it is high (lymphocytes recognise ‘good’ agents as ‘non-self’) they are removed from the system. If affinity is low, it is assumed that they will be able to recognise ‘non-self’ individuals (‘bad’ agents) leaving agents with high energy intact. The life span of lymphocytes is controlled by specific, renewable resource (strength) used as a counter by the lymphocyte agent.

Therefore, EMAS is enhanced by adding lymphocyte agents, altering the action of the agent’s death and adding three lymphocyte-related actions:

The concept of iEMAS is especially advantageous in applications requiring time-consuming fitness evaluation like the evolution of neural network architecture.